And the Lost Tribes of Israel

The festival at Suwa-taisha Illustrates the Story of Isaac 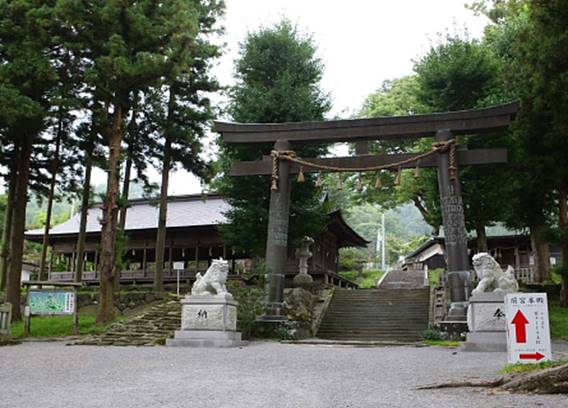 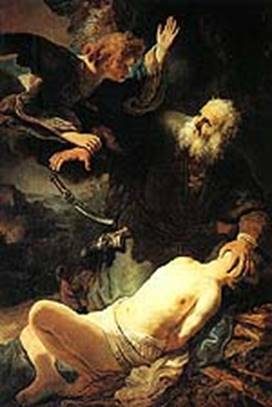 Jukkenro tabernacle of Suwa-taisha Shrine, and Abraham about to sacrifice Isaac

At Hon-miya (main shrine) and Mae-miya (front shrine) of Suwa-Taisha, the traditional festival called "Ontohsai" is held on April 15 every year (When the Japanese used the lunar calendar it was March-April). This festival illustrates the story of Isaac in chapter 22 of Genesis in the Bible - when Abraham was about to sacrifice his own son, Isaac. The "Ontohsai" festival, held since ancient days, is judged to be the most important festival of "Suwa-Taisha." 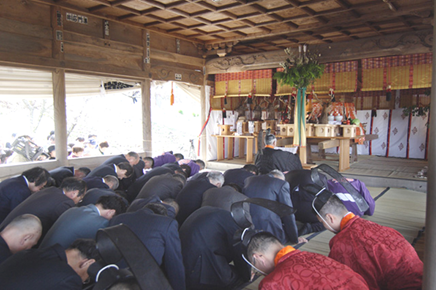 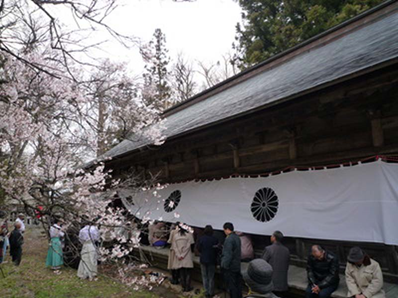 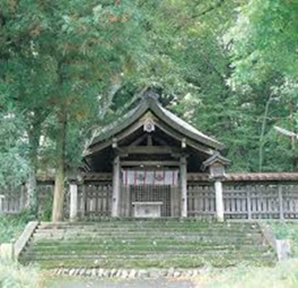 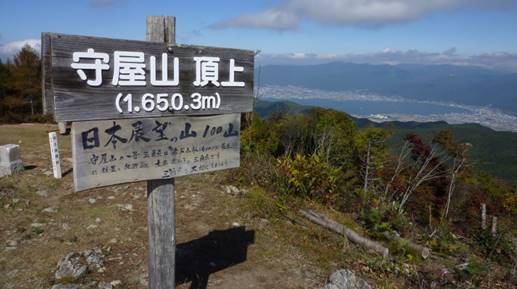 Behind this Holy Place (Mae-miya) is Mt. Moriya. And the top of Mt. Moriya.

At the festival, a boy was tied up by a rope to a wooden sacrifice pillar, and placed on a bamboo carpet. A Shinto priest comes to him preparing a knife, and he cuts a part of the top of the wooden pillar, but then a messenger (another priest) comes there, and the boy is released. This is reminiscent of the Biblical story in which Isaac was released after an angel came to Abraham. Using a real boy had been abandoned in 1871, and after that only the sacrifice pillar has been used at the festival. 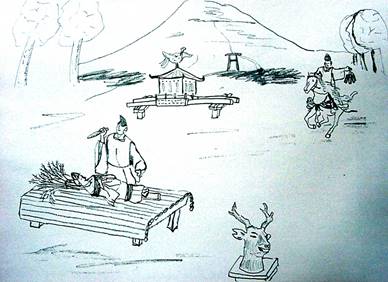 The Isaac festival using a real boy had been held until 1871.
Mikoshi ark is brought into the Holy of Holies of the Jukkenro tabernacle.

At this festival, animal sacrifices were also offered. 75 deer were sacrificed, but among them it was believed that there is a deer with its ear split. The deer is considered to be the one God prepared. It could have had a connection with the ram that God prepared and was sacrificed after Isaac was released. Since the ram was caught in the thicket by the horns, the ear might have been split. In ancient time of Japan there were no sheep and it might be the reason why they used deer (deer is Kosher). 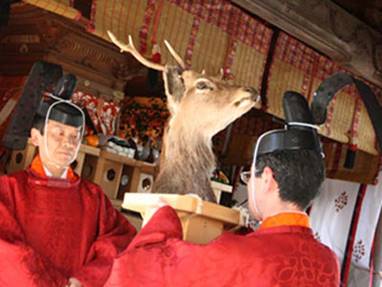 A deer with its ears split 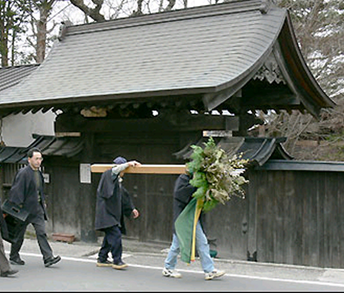 The "oniye-bashira" (sacrifice pillar) on which the boy was tied up.
It is carried on the day of Ontohsai Festival from Hon-miya to Jukkenro tabernacle.

Currently, people use stuffed animals instead of performing a real animal sacrifice. The custom of the boy had been maintained until the beginning of Meiji era. Masumi Sugae, who was a Japanese scholar and a travel writer in the Edo era (about 200 years ago), wrote a record of his travels and noted what he saw at Suwa. The record shows the details of "Ontohsai." It tells that the custom of the boy about to be sacrificed and his ultimate release, as well as animal sacrifices that existed those days. His records are kept at the Moriya Shiryokan museum near Suwa-Taisha.

The festival of "Ontohsai" has been maintained by the Moriya family ever since ancient times. The Moriya family thinks of "Moriya-no-kami" (god of Moriya) as their ancestor's god. They also consider "Mt. Moriya" as their holy place. The name, "Moriya," could have come from "Moriah" (the Hebrew word "Moriyyah") of Genesis 22:2, that is today's Temple Mount of Jerusalem. Among Jews, God of Moriah means the one true God whom the Bible teaches.

The Moriya family has been hosting the festival for 78 generations. And the curator of the museum said to me that the faith in the god of Moriya had existed among the people since the time of B.C.E..

Apparently, no other country but Japan has a festival illustrating the biblical story of Abraham and Isaac. This tradition appears to provide strong evidence that the ancient Israelites came to ancient Japan.

Natural rock altar of Hon-miya, behind which is Mt. Moriya

Hon-miya (main shrine) of Suwa-taisha is located at the foot of Mt. Moriya, and the shrine has the big natural rock altar called “Suzuri-ishi,” where the high priest of the shrine comes up once a year and stand in front of the rock to pray to the G-d of Moriya. Using natural rock for altar was an Israeli tradition. King Saul once brought a big natural rock and made it an altar for the Lord.

At Suwa-taisha, Hon-miya (main shrine) and Mae-miya (front shrine) have wooden pillars standing at 4 corners of each shrine. The pillars are replaced once 7 years with new wooden pillars cut and brought from nearby mountains. It is called Onbashira-sai Festival. It recalls that in ancient Israel, many woods were carried from mountains of Lebanon to Jerusalem to build King Solomon’s Temple. The woods were used for the insides of the Holy of Holies and the Holy Place. 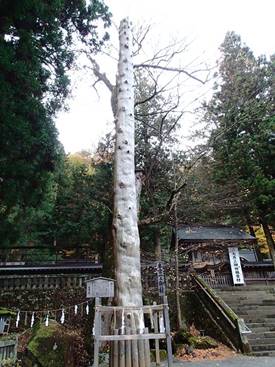 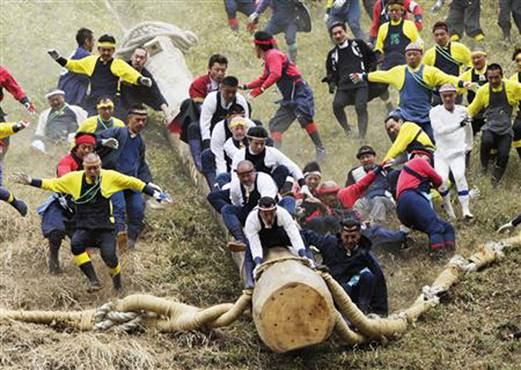 In ancient Israel after King Solomon, people worshipped not only the true G-d HaShem, but also worshipped the pagan goddess Asherah, the symbol of which was wooden pillar. Asherah wooden pillars in the Middle East are found by archaeologists. Suwa-taisha’s wooden pillars are also considered as gods. In Japanese, pillar is “hashira,” which might come from the Hebrew words “Ha Asherah,” meaning the Asherah. 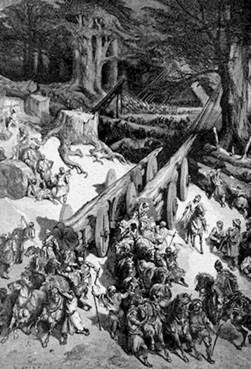 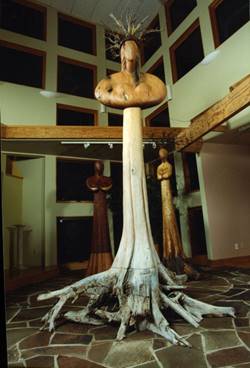 Ancient Israelites carried woods from mountains of Lebanon to Jerusalem Temple.
Israelites also worshipped Asherah, the symbol of which was wooden pillar. 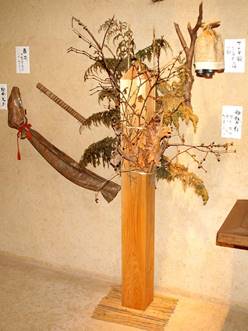 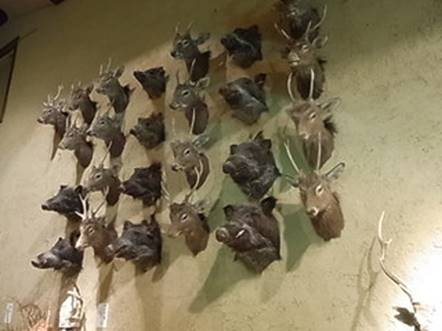 The knife, sword and sacrifice pillar used at the "Ontohsai" festival, as well as deer sacrifices (Moriya Shiryokan museum).

When there were not enough deer, boars were also sacrificed, which might mean that in Suwa, people’s Kosher conscience had gradually faded.